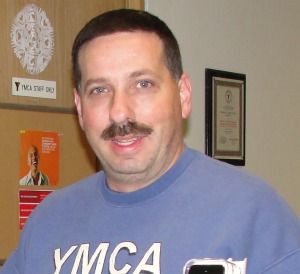 Frank started at the Oneonta Family in 1999, as the Fitness and Group Exercise Coordinator. In 2007 Frank was promoted to Operations Manager and later that year was promoted to the position of Executive Director and remains committed to the Oneonta Family YMCA being a place for everyone in our community to belong. Holding many certifications in fitness such as Stability Ball Instructor, Group Exercise Instructor, and Personal Trainer and is a STAR 3 SPIN Instructor, Frank knows the importance of being healthy and is dedicated to providing our community a place where parents and children can practice a healthy lifestyle together.

Frank spent 25 yrs in the Oneonta Fire Department as a Firefighter/EMT where he retired in 2008. During his time as a Firefighter, he had the honor of being selected to serve on many specialized teams such as NYS Urban Search & Rescue Task Force 1 and as a member of the SRT Team as a Certified Swat Medic. Frank is affectionately known as “Fireman Frank” by our younger members who stop by to visit him daily in his office. Frank has spent his adult life serving the Oneonta community, and is currently involved in many non profit organizations that shape the culture of our community, such as Rotary, 6thWard Playground, Lower Deck Events and also serves on the Chamber of Commerce Member Service Committee. When he is not working Frank enjoys family time with his wife Diane and their three boys.